Leonardo Fibonacci, originally known as Leonardo of Pisa, was an Italian merchant and mathematician who contributed much to the field of algebra, Euclidian geometry, Diophantine equations, and number theory. Among his many writings was the Liber Abaci, published in 1202, which contained a famous problem about rabbits which led to what we refer to today as Fibonacci numbers or the Fibonacci sequence

The famous rabbit problem has been quoted many ways in historical literature but basically asks, Start with a single pair of rabbits. Any pair of rabbits of one generation will produce a pair for the next generation, and then another pair of rabbits for the generation after that. But then they will die. How many rabbits will be produced in the nth generation? 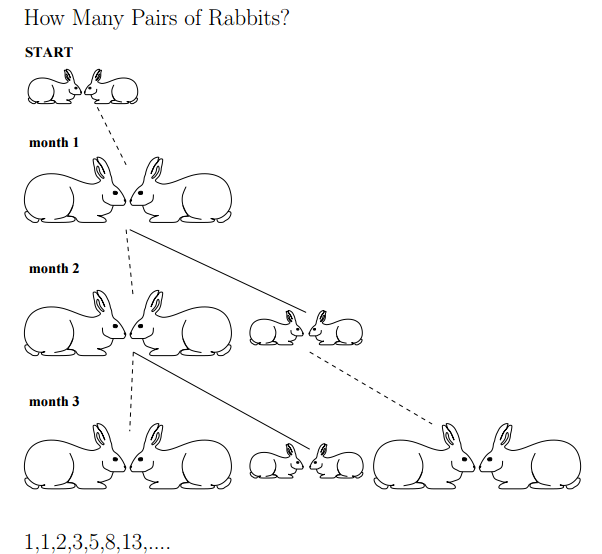 Here is a other example to calculate the sum of the first 12 even Fibonacci numbers.

Sum Of First 12 Even Fibonacci Numbers


The sum of the first 12 even Fibonacci numbers is: